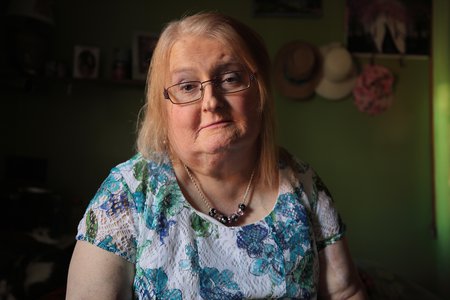 (NEW YORK, NY - July 3, 2019) - Transgender Legal Defense & Education Fund (TLDEF) today filed a “friend of the court” brief with 33 other signatories in support of Aimee Stephens in her case before the U.S. Supreme Court. In 2013, a Michigan funeral home fired Ms. Stephens from her job because she is a transgender woman. The case R.G. & G.R. Harris Funeral Homes v. Equal Employment Opportunity Commission could reverse longstanding precedent that transgender people are protected from employment discrimination under Title VII of the Civil Rights Act of 1964.

TLDEF’s amicus brief asks the Supreme Court to affirm a Sixth Circuit Court of Appeals decision that ruled Ms. Stephen’s employer violated Title VII, which prohibits sex discrimination in employment, when they fired her for being transgender.

“Our brief makes it clear that federal employment law protects Aimee Stephens and other transgender people across the country who simply want the opportunity to work without fear of losing their job because of who they are,” said TLDEF Executive Director Andy Marra. “Federal courts and agencies have long established that firing someone for being transgender is unlawful sex discrimination. Today, we join with 33 transgender rights groups and our allies to ask the Supreme Court to uphold the law and ensure that everyone in this country is able to maintain a job free from discrimination.”

There is a long line of court precedent finding that transgender people are protected from sex discrimination in employment. A ruling against Aimee Stephens would break from decades of established case law and strip away employment protections from transgender people and anyone who might be considered “too feminine” or “too masculine.”

The 33 signers of the brief consist of local and state-based organizations from every region of the United States who directly serve transgender people, particularly those most vulnerable to discrimination. Transgender rights groups and allies signing the brief include:

Seven in ten Americans favor laws that would protect lesbian, gay, bisexual, and transgender (LGBT) people against discrimination in the workplace. In addition, majorities in every state across the country favor employment protections for LGBT workers.

The Trump-Pence Administration has attempted to redefine sex discrimination by proposing changes to federal regulations that would strip away protections for transgender people. Recent efforts include the removal of transgender people from accessing emergency shelter and housing and inviting medical providers to turn away transgender patients seeking life-saving care.