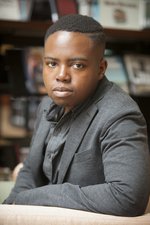 C. Riley Snorton (Professor of English and Gender and Sexuality Studies, University of Chicago) is a scholar, author, and activist whose work focuses on historical perspectives of gender and race, specifically Black transgender identities. His publications include Nobody is Supposed to Know: Black Sexuality on the Down Low and Black on Both Sides: A Racial History of Trans Identity, winner of the Lambda Literary Award for Transgender Nonfiction, the CLAGS' Sylvia Rivera Award for Transgender Studies, the John Boswell Prize in LGBTQ History from the American Historical Association and the William Sanders Scarborough Prize for African American literature and culture from the Modern Language Association. In 2014 BET listed him as one of their "18 Transgender People You Should Know".